“Believe in your infinite potential. Your only limitations are those you set upon yourself. Believe in yourself, your abilities and your own potential. Never let self-doubt hold you captive. You are worthy of all that you dream of and hope for.”

Evidential sitting The medium relays information to you from loved ones in the spirit world. All sessions are experiementalmand no

Clear common sense teaching with techniques which bring CONFIDENCE and clarity to the discerning medium. Suitable for all levels of 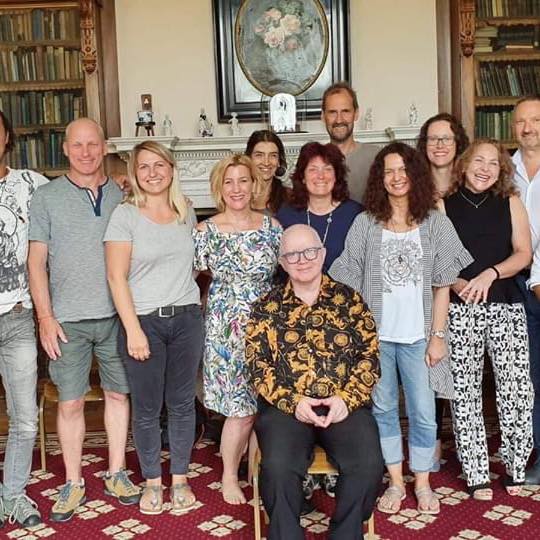 Matthew was born in Staffordshire, England. As a child was aware of the spirit but did not see them in the objective form. Later on in life the spirit friends explained that because he was epileptic as a child seeing objectively could have caused seizures. Consequently his awareness was one of an inner knowing.

On leaving state school Matthew attended The Birmingham Theatre School at the Old Repertory Theatre in Birmingham. The life of an actor beckoned or so he thought. Some theatre, TV and film work was achieved upon leaving theatre school but the constant rejection from auditions was difficult for a sensitive to live with. Eventually he became a children’s enterainer and latterly a professional clown. In conjunction with the children’s work Matthew began investigating Spiritualism. Bitterne SNU Spiritualist Church in Southampton was the first contact. From here he discovered The Arthur Findlay College Stansted Hall where he is now a long standing tutor and course organiser.

For over 30 years the work with the  Spirit world has taken Matthew all over the world. Demonstrating and teaching in Australia, America, most of Europe and the United Kingdom.

To find out more about the work with Spirit please visit the various pages on this web site..